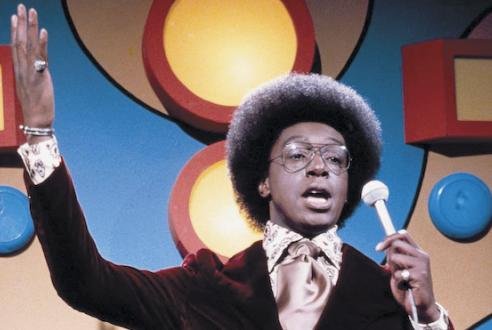 Would you ever peg this man as having been on the Chicago P.D. ?

Here’s the story from IMDB:

Discovered by WVON Radio personality Ed Cobb. In the mid-1960s, Cobb while driving ran a traffic violation and was pulled over by Chicago Police officer Don Cornelius. While officer Cornelius was asking him the typical traffic stop questions, Cobb noticed his unique speaking voice and told him that he was in the wrong profession. Cobb suggested that Cornelius come down to the radio station and make a demo tape. Don took him up on it and was hired as an announcer.

And some comments on it from the Don himself:

Goes to show you never can tell.