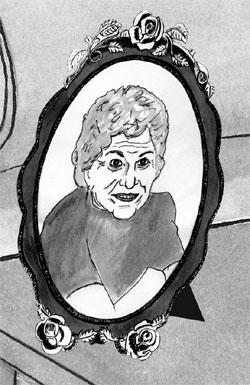 Scroll down to the gallery and click on the first image to view it all.

Here it is! The long-awaited, much-touted mystery comic. It took nine months to do, but the finished story came out much better than expected thanks to two key people:

This comic is dedicated with a great deal of love to the memory of my grandmother — who really did die 14 years ago and whose mail still gets delivered to my house.

I miss you, Charlie. Now more than ever.